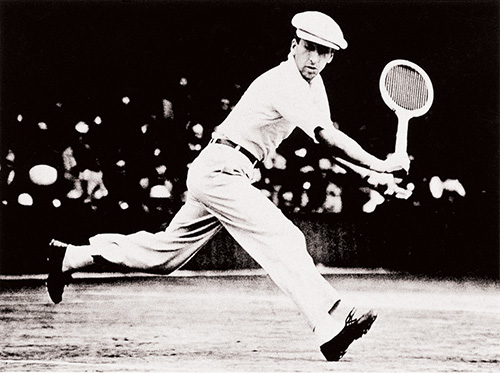 The true story of the “Crocodile” dates back to 1927. René LACOSTE liked to recount how this nickname ultimately became an emblem of worldwide renown.

“I was nicknamed “the Alligator” by the American press, after I made a bet with the Captain of the French DAVIS CUP Team concerning a suitcase made from alligator skin. He promised to buy it for me if I won a very important match for our team. The public must have been fond of this nickname which conveyed the tenacity I displayed on the tennis courts, never letting go of my prey!” said René LACOSTE. Thought he lost the match, the public stuck with the nickname “crocodile” and Rene then decided to have a crocodile embroidered on his blazer, which he wore to the court. The crocodile was made part of Lacoste’s brand identity.

At first the most prevalent thing that Lacoste brought to mind was “good quality polo shirts” but that was until they decided to add more products to their brand’s offering.

For that reason, to some people Lacoste stands for “fashionable footwear”, “uniquely scented fragrances”, “stylish handbags”, “elegant watches” and so forth but that’s another story. The most important thing to take from this is that the brand gives meaning to the logo, and not the other way around.